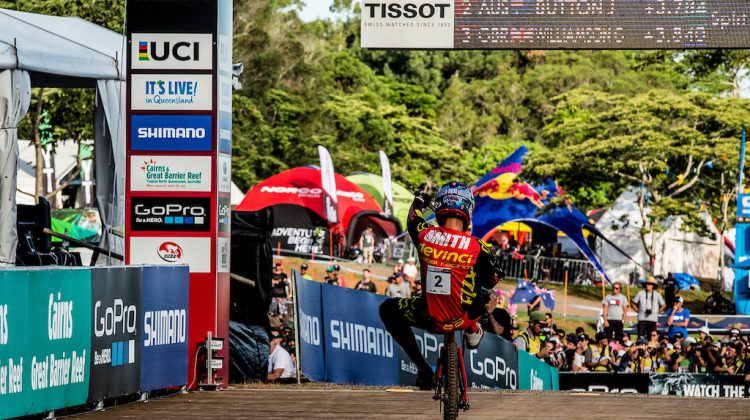 , during the 2016 UCI MTB World Cup, round two Cairns, Australia.

Smith passed away yesterday (Tues) afternoon after suffering a massive brain injury that happened after an accident on his enduro motorcycle in his hometown of Nanaimo.

Smith grew up mountain biking on the trails on Mount Provost in the Cowichan Valley.

He became an international household name after a series of world cup wins.

His funeral will be held in Nanaimo at the Vancouver Island Convention Centre on May 21st.