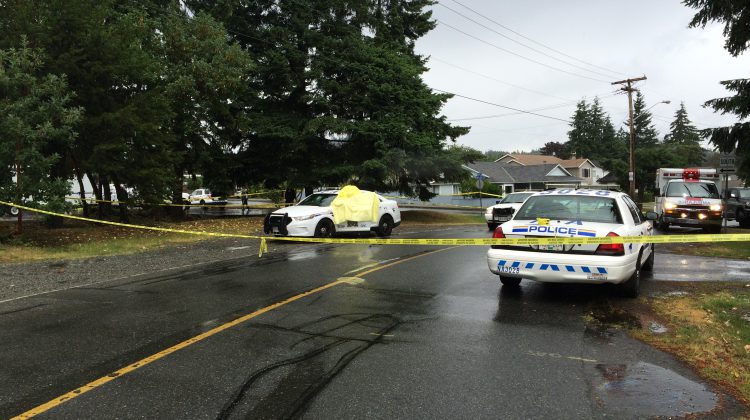 There’s been a police involved shooting in Nanaimo.
There are reports paramedics transported one victim to hospital, but those are unconfirmed.
B.C.’s police watchdog, the Independent Investigations Office, has been deployed to the scene near St. Andrew’s Presbyterian Church off Departure Bay Road near Wassell Way.
Part of the church parking lot has been cordoned off by police tape as officers investigate.
Several police cruisers are on site and one is partially covered.
Residents reported hearing at least two gunshots ring out near the church this morning.
Nanaimo RCMP say there is no risk to the public following the shooting.
Students at a nearby school, Wellington Secondary School have not been placed on lockdown or impacted by the incident, according to police.