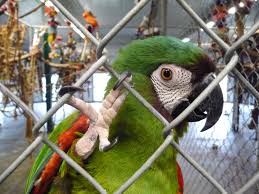 - Advertisement -
The organization that has taken over the operations of the World Parrot Refuge in Coombs has secured a short term lease with the City of Nanaimo to use the old SPCA facility.
The Greyhaven Bird Society’s Jan Robson says the owner of the Parrot Refuge wants all the birds out by August 1st.
Robson says in an effort to comply, the Society needed to use another facility on an interim basis because there’s still about 400 birds at the Refuge and they need to get them out……
Robson says they have been overwhelmed with expressions of interest to adopt with over one thousand applications, so what is really needed to keep the remaining birds, until they can be adopted, are cash donations.
- Advertisement -
Facebook
Twitter
ReddIt
WhatsApp
Email
- Advertisment -
- Advertisment -
- Advertisment -