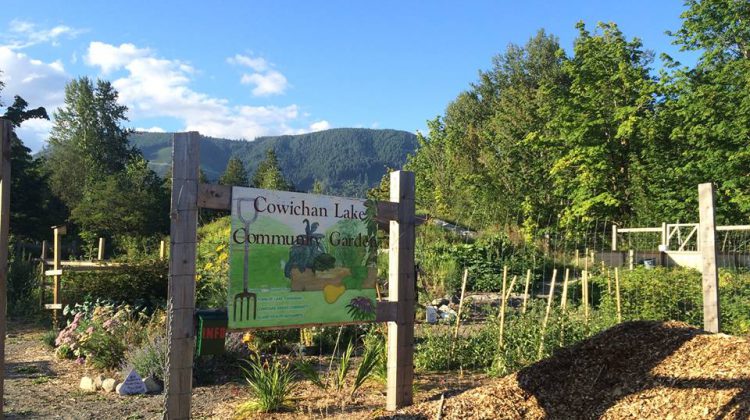 UPDATE:
At the Lake Cowichan Parks, Recreation and Culture Committee Meeting on Tuesday, council advised that the community garden will have until September before they must vacate Centennial Park.
The town commissioned a report to review 5 alternate town-owned locations. The Society will be meeting to review these locations to decide if they are suitable. Council agreed to in-kind financial support in dismantling the garden and representatives of the Cowichan Lake Slo-Pitch association and other ball associations in the area have said they will help with demolition.
The CLCG Society say they do not have the funds needed to rebuild some of the infrastructure, in particular the deer fence, or to purchase soil amendments.
Director Cara Smith says much organic material and many hours of intensive labour was expended in soil improvement efforts at the original site, so it is discouraging to have to repeat all of that effort and expense.
Original Post:
Lake Cowichan is losing their community garden, after they were evicted by Town Council in order to accomodate a new park expansion.
Cowichan Green Community Executive Director Judy Stafford says the garden society would have never planted the garden there, if they knew their home was only temporary. Stafford says it’s not just plants and infrastructure that would be destroyed, but an entire community.
Lake Cowichan received 500 thousand dollars from the federal government for the park expansion, and council is kicking in an additional 700 thousand for the project. A new ball diamond is planned to sit where the garden is now.