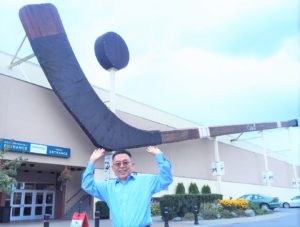 The Cowichan Valley Capitals Junior A Hockey Team has a new majority owner.

Ray Zhang says he is honoured and excited to be involved with the Capitals.

He says he understands the Caps have a reputation of having the best fans in the League and he and his family are looking forward to being part of the community.

BCHL Commissioner, John Gisdale says the deal with the international business man from Beijing, China has been in the works for a while…

The transaction is the first time someone from China has purchased an overseas Hockey Franchise.