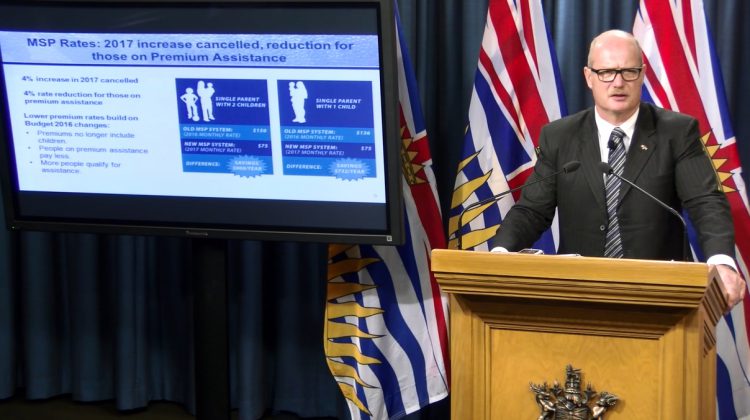 The B.C. government is cancelling the planned four-per-cent increase to MSP premiums.
It would have taken effect in January of 2017.
Finance Minister, Mike de Jong says those eligible for Regular Premium Assistance will see a four-per-cent reduction of their premium beyond what was announced in the 2016 Budget…
With all the changes are factored in, a single parent with two children will be charged the single adult rate, rather than the three-person rate they pay today, saving the family of three, 900 dollars per year.
The changes are possible because the government is in a stronger fiscal position than forecast in the 2016 Budget.