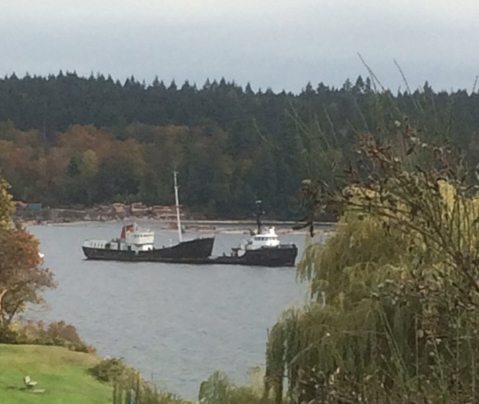 It was a banner day for the MP of Nanaimo Ladysmith.

Sheila Malcolmson watched from the Ladysmith harbour this morning (Thurs) as the Viki Lyne II, an abandoned vessel she had been working hard to get removed, was towed away.
The derelict vessel is going to the harbour in Nanaimo where it will be decommissioned.
The Managing Director of the Ladysmith Maritime Society says it’s been a long time coming and it speaks to how flawed the process is.
He says Washington has a good example of what should be happening here….
MP Sheila Malcolmson had picked up the issue of abandoned vessels where the former MP, Jean Crowder had left off.
Her abandoned vessel bill is expected to be debated in Parliament next year.
- Advertisement -
Facebook
Twitter
ReddIt
WhatsApp
Email
- Advertisment -
- Advertisment -
- Advertisment -