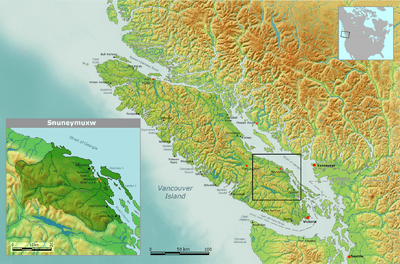 The Snuneymuxw First Nation has announced it’s members have ratified a massive settlement agreement.
It’s the result of the loss of a 79-acre Indian reserve in downtown Nanaimo which was unlawfully taken by
the crown in the 1880s.
Snuneymuxw First Nation acting Chief, Douglas White says it’s a good feeling to be able to move forward….
White says of more than 1300 eligible voters, almost 830 voted to approve the settlement and trust agreement.
It means 50 million dollars will come to the First Nation from the Federal Government.
According to White, the Federal Government accepted the claim back in 2003 after having undertaken its own research and legal analysis and that led to the negotiations.
Facebook
Twitter
ReddIt
WhatsApp
Email
- Advertisment -
- Advertisment -
- Advertisement -