Island Ferries In Discussions for Nanaimo to Vancouver Route 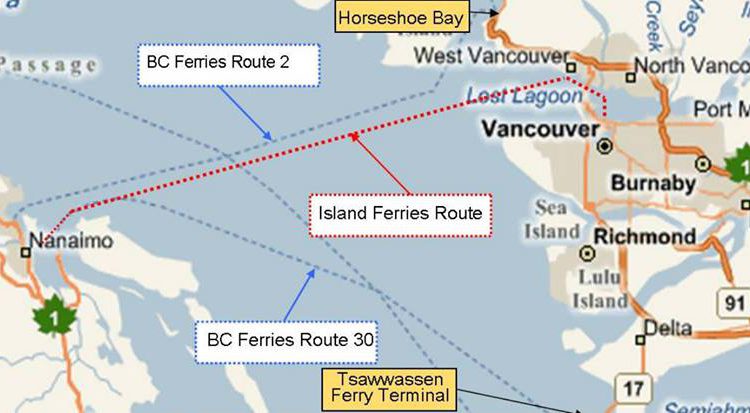 Island Ferry Services Ltd. Facebook Page
Island Ferries expects to be running vessels between Nanaimo and Vancouver this year.
David Marshall says the first ship is coming off the production line in Asia in April and will be hoisted aboard a transport ship, for delivery to the Island after that.
In the meantime, Marshall says discussions on the infrastructure that will be needed are ongoing with the Nanaimo Port Authority…..
Marshall says they’ll need access to things like drinking water and a sewage line and that will take some time to develop.
The rates have been set up to this point at around 31 dollars for a crossing but Marshall says that doesn’t include GST or 3rd party fees that are still being negotiated.