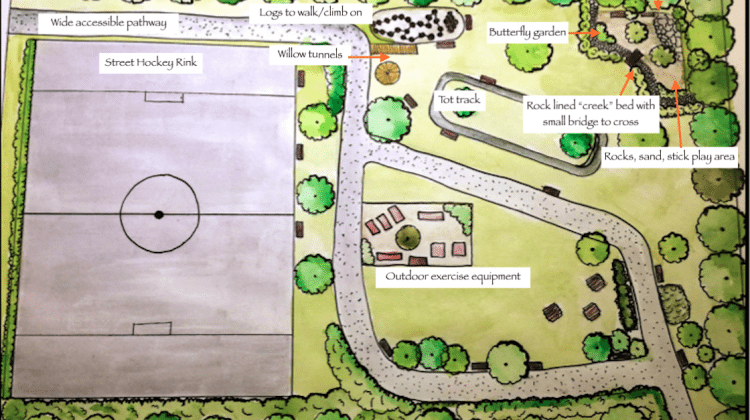 A park in Lake Cowichan is a top ten finalist in the BCAA Play Here Contest.
That means they have a shot at winning 100 thousand dollars toward park improvements at Sahtlam Park.
Katie Burridge is spearheading the project, after designing a new park while taking the Master of Community Planning Program at VIU. She is supported by the Lake Cowichan branch of the Royal Canadian Legion. She says there is a real lack of community space in Lake Cowichan.
If they win, she says the new park will have a place for street hockey, and other features for community members of all ages.
There will also be a tot track for young ones to learn how to ride their bikes or skate, and some natural play structures to climb.
Sahtlam Park is behind on voting, and Burridge is asking the community for their support. To vote, go to BCAA Play Here.