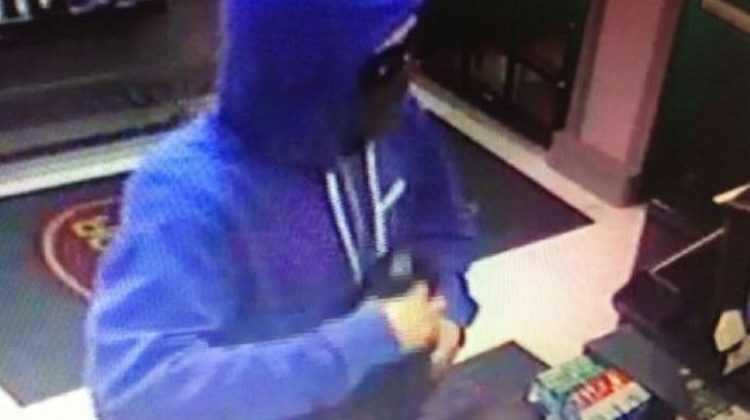 North Cowichan Duncan RCMP are asking the public for help to solve a pair of robberies.
The first took place on August 19th at Hank’s Handi-Mart on Canada Avenue, where the suspect produced a weapon, then fled the scene after resistance from staff. Police say the suspect may have sustained a blunt force injury to his arm. He is described as a white man, about 6 feet tall with short hair and wearing a black balaclava.
A few hours later, police responded to another robbery at the Liquor Depot on Cowichan Lake Road. The suspect produced a weapon, and fled the scene with several stolen items. He was wearing a blue hoodie, half face mask, sunglasses and black shorts with a grey stripe.
Given the time frames and similarities, Cpl. Kiel Pharis says RCMP suspect the culprit in both robberies may be the same person. However, this cannot be confirmed.
If you have any information on either incident, contact the local detachment or call Crime Stoppers.