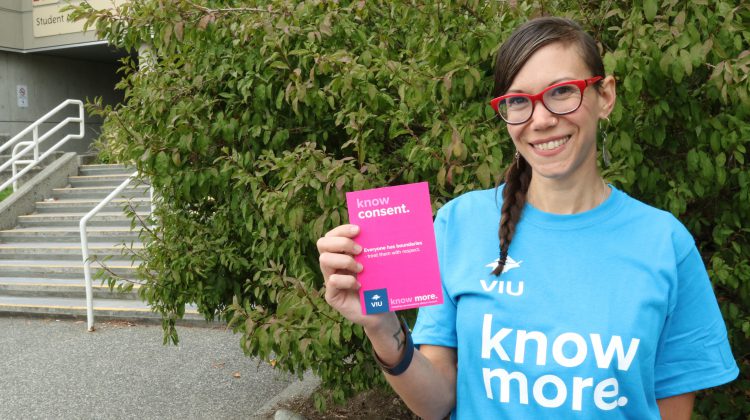 Associate Vice-President of Student Affairs says the VIU Nanaimo campus has at least one incident of sexual violence each year.
But Carrie Chassels says they know it happens more common than that…..
VIU has launched a conversation about sexual violence.
It’s a two pronged campaign called “Know More” and it urges students to learn more about what consent is and what support services are available.
The campaign kicked off in Nanaimo this week, and similar campaigns will be taking place in the other VIU campuses, in the Cowichan and in Powell River.