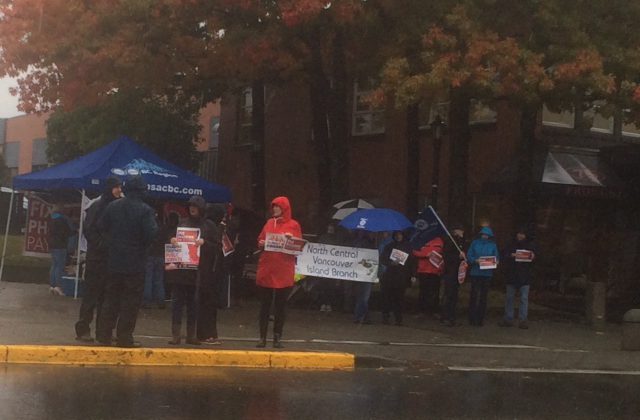 Federal public service workers and their allies rallied in Nanaimo to press their employer, the Federal Government, to fix their payroll system.
Vanessa Miller, National Vice-President for BC and Yukon for the Canada Employment and Immigration Union says the Phoenix payroll system used by the federal government has been riddled with problems since it was rolled out in early 2016.
She says tens of thousands of workers continue to be under-paid, paid late, or in some cases not paid at all…..

Miller says it’s been over a year and a half since the pay system was rolled out and deadline after deadline to fix the software has passed with no results.