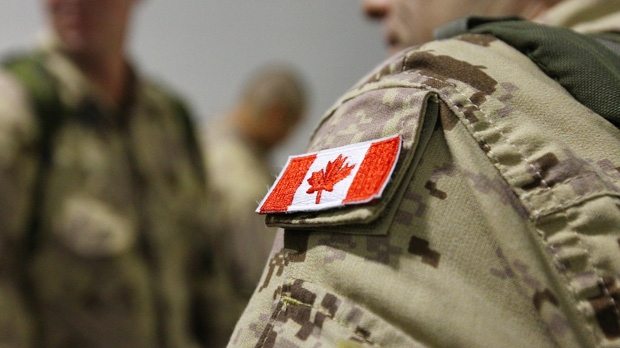 Picture Courtesy: CP24.com
Servicemen and women in non-combat roles, who paid the ultimate sacrifice are being recognized in a book of “Canadian Soil” casualties.
The Royal Canadian Legion Branch 134 is immortalizing veterans in the Canadian military, who lost their lives in peacetime, on home soil.
Organizer of the Malahat Branch, Mike King says the idea for this book was sparked following the deaths of Corporal Nathan Cirillo, and Warrant Officer Patrice Vincent, both of whom were killed by Islamic extremists.

The first volume honours servicemen and women from 1911 to February of 1968, while the second volume takes in everything that has happened from 1968 to now.
It’s important we remember those members of the military who died for our freedom and to that end, local residents are welcome to come to the memorial service at the Cobble Hill Cenotaph at 11 a.m. on October 21.
Corporal Cirillo was killed on October 22, 2014, while defending the National War Memorial and the date for this ceremony is on the Saturday that falls closest to the 22.
Tags: bookBranch 134Canadian Soil casualtiesCobble Hill CenotaphCorporal Nathan Cirillofreedomhonourimmortalizing veteransIslamic extremistsMalahat Branchmemorial serviceMike KingNational War Memorialnon-combatOrganizerRoyal Canadian LegionServicemenservicewomenultimate sacrificevolumesWarrant Officer Patrice Vincent