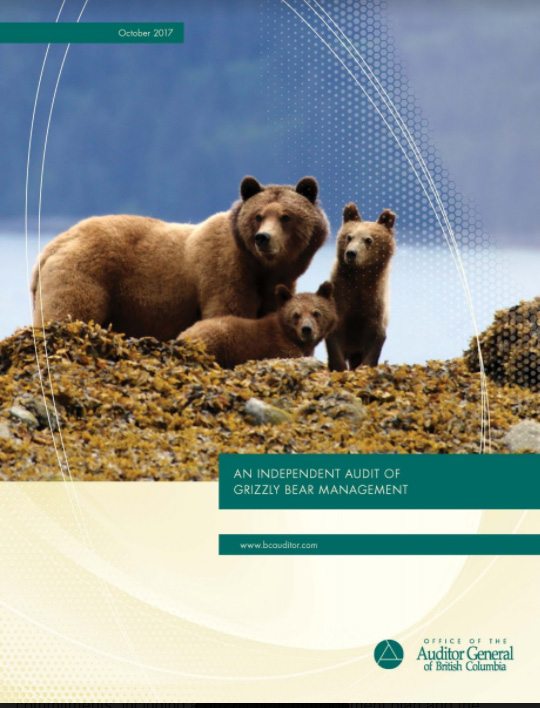 - Advertisement -
British Columbia is one of the last areas of North America where grizzly bears live in their natural habitat.
The health of B.C.’s 15,000 grizzly bears is important because, as an umbrella species, they are an indicator of how well other species and ecosystems are doing.
The Office of the Auditor General has wrapped up an audit of grizzly bear management.
Carol Bellringer says the province is lacking an inventory and monitoring strategy of grizzly bears in B.C. and clear policies for bear viewing.

She says an increase in resource roads in the province is leading to more human-bear conflict, and ultimately, grizzly bear deaths.

The Ministry of Environment and Ministry of Forests, Lands and Natural Resource Operations have undertaken activities to reduce grizzly bear habitat degradation, but have not evaluated whether their efforts are effective.