The Weather Network’s Winter Forecast is out 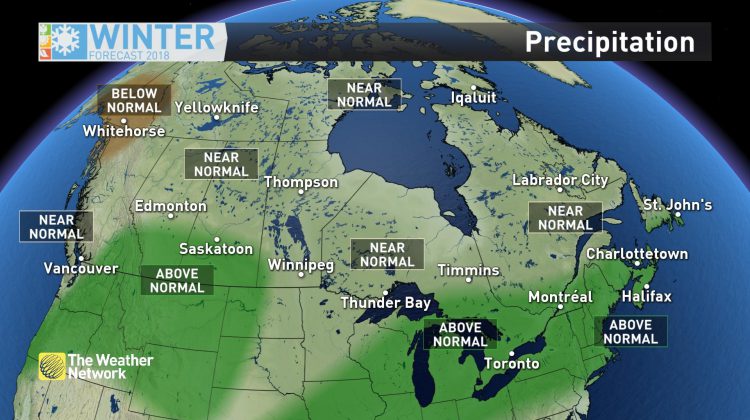 The Weather Network is predicting a colder than normal winter for most of Canada and above normal or near normal precipitation. However, meteorologist Brad Rousseau says Coastal regions of B.C. including most of Vancouver Island, will see about normal rainfall and temperatures near normal…..
Rousseau says it is too early to have very much confidence in weather patterns for the spring, but La Nina weather patterns see typically early spring conditions.