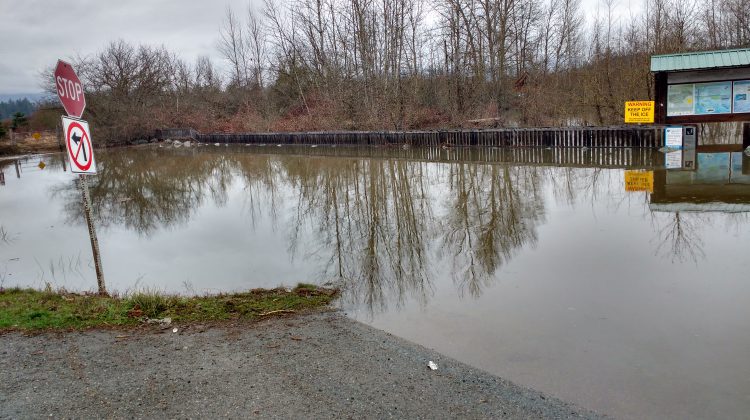 An atmospheric river dropped an estimated 270 millimetres or ten inches of precipitation on Chemainus, Shawnigan Lake, and North Cowichan alone on Sunday and Monday.

This weather phenomenon is created in subtropical climates, working its way up the North American coast, bringing sustained, intense rainfall over a long period of time.

The high water levels have been described as a 25-year flood, compared to the 2009 weather event, which has been deemed a seven-year flood.

Often times this atmospheric river, or a narrow stream of moisture, starts in the subtropics and makes its way to the west coast of North America.

West says the highest concentration of precipitation can fall anywhere, it’s just that this time it soaked Vancouver Island.

Some families in the Cowichan Valley are in the process of recovering from the floods and Lefebure says, at the municipal level, this event has taught politicians and staff a lot.

It’s estimated that the Cowichan River has 25 per cent more volume than it did during the 2009 floods.