PM gets lukewarm welcome in Nanaimo 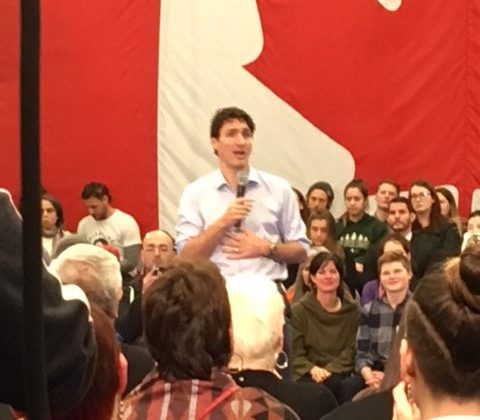 Trudeau also spent a fair bit of time explaining the “values test” on the summer job application form.
That test asks applicants to check a box affirming they respect the values set out in the Canadian Charter of Rights and Freedoms, including women’s reproductive and LGBTQ rights.
1600 people made it into the venue in Nanaimo but as many as 2,000 did not.
Trudeau spent almost two hours answering questions that ranged from affordable housing, barriers to accessibility, NAFTA, residential schools, fish farming, drug prices, and the opioid crisis.