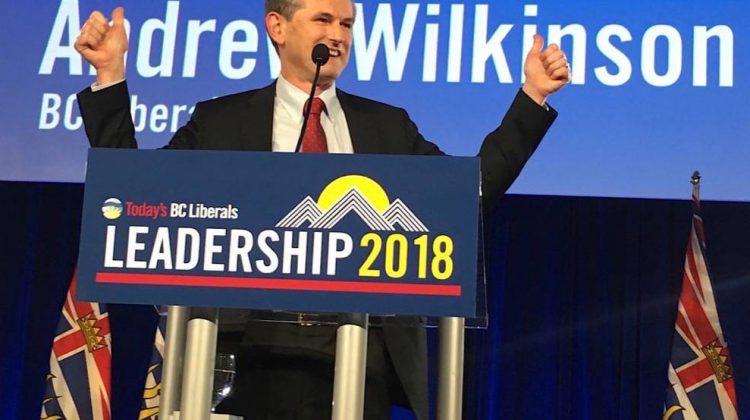 Last night, Andrew Wilkinson was named the third elected leader of the B.C. Liberals in the last 25 years.

Wilkinson narrowly edged out the former Mayor of Surrey, Dianne Watts in the fifth ballot.

He was the oldest candidate in the race and had caucus support from 13 MLA’s.

One of his messages to his party was to fight the upcoming referendum on electoral reform.

Wilkinson follows in the footsteps of Christy Clark and Gordon Campbell as B.C. Liberal leader.