Gridlock on the Malahat 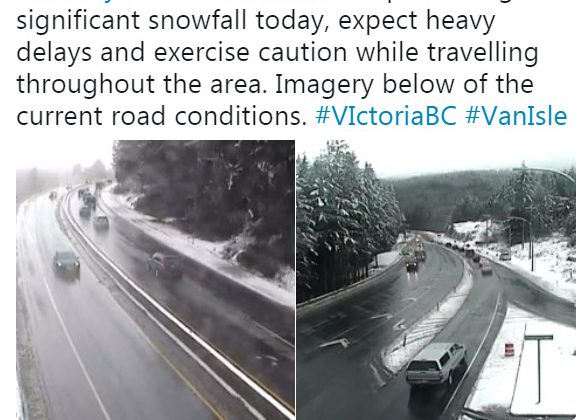 The Malahat was gridlocked this morning (Fri).

That’s after heavy snow began falling and has the morning commute began in earnest.

Mainroad crews were out sanding and commercial vehicles were advised to chain up.

The commute in both directions took some motorists more than an hour and a half.

There were reports that a semi had jacknifed at the South Shawnigan road and numerous cars were in the ditch.

To make matters worse, the highway cameras were down as well, so checking the conditions wasn’t an option for many who turned to Twitter for updates.