The ‘Clan Totem of our Nations’ Unveiled In Duncan 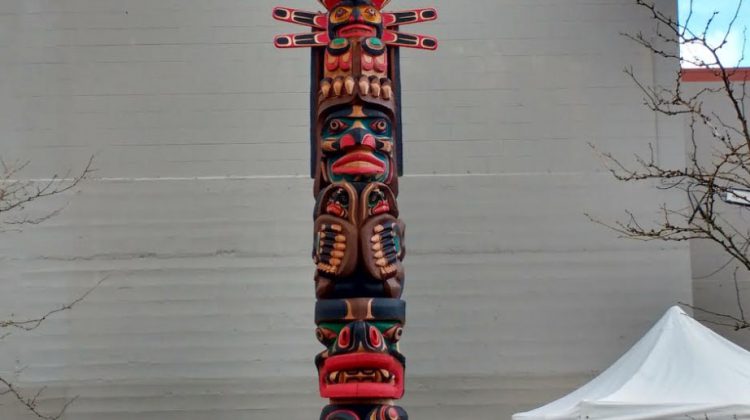 Cowichan Tribes, the City of Duncan, the Government of Canada and a First Nation group from northern Vancouver Island hosted a cultural ceremony to not only unveil but bless the sesquicentennial totem in honour of Canada’s 150th in 2017.

Duncan Mayor, Phil Kent says the totem pole is not only a gorgeous work of art, its a symbol of continued strides toward reconciliation with First Nations groups.

The totem stands 22-feet tall, has a bald eagle, sun, mother, children, black bear, twin salmon, and bubble man carved into it and Kent says the decision on the location of this totem pole was strategic.

Station Street Park was jammed full of people who wanted to join in the cultural ceremony and see the beautiful representation of First Nations culture.

The totem was carved by Tommy Hunt Jr.