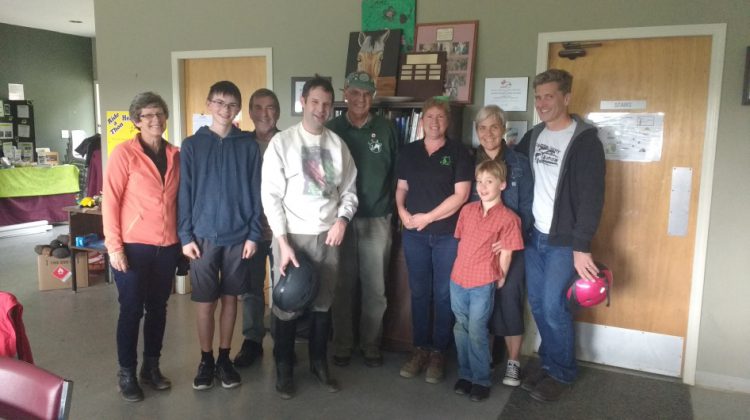 A 15 year old film-maker has been was awarded “Best Documentary” at the Inaugural Cowichan Valley Film Festival.
Geoff Arrowsmith’s short film, “Just Like Them,” tells the story of a young Nanaimo man’s experience with Cerebral Palsy and therapeutic riding at the Cowichan Therapeutic Riding Association.
Arrowsmith’s winning film features Neil Cutler, a Nanaimo-based yoga instructor, as he looks back on childhood with a disability.
Anne Muir, Executive Director of the Cowichan Therapeutic Riding Association says the film was supported by a cast of CTRA participants, staff, volunteers, and therapy horses……….
After his start with therapeutic riding, Cutler became a very successful paraequestrian athlete, ultimately competing at the national level.
Arrowsmith made his award-winning documentary under the tutelage of Nick Versteeg of DV Media.
You can see the documentary at:  www.ctra.ca/media