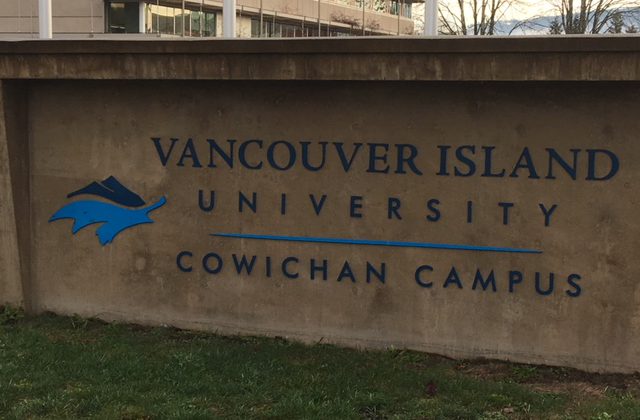 Vancouver Island University sign at the Cowichan Campus. Sharon Vanhouwe, MyCowichanValleyNow.com staff.
International students, attending Canadian universities, can pay up to three times more in tuition than a student considered “domestic”.
Vancouver Island University’s Board of Governors has determined, for some Indigenous people living in other countries, that’s not fair, especially when they are a voting member of a First Nation in Canada.
Dr. Ralph Nilson, President and Vice-Chancellor of VIU says from here on in, those individuals will be considered “domestic” students…..
The new approach is a result of discussions VIU has had with Indigenous communities in the regions the University serves, including the Nanaimo, Cowichan and Powell River campuses.