New emergency notification system gets test in BC 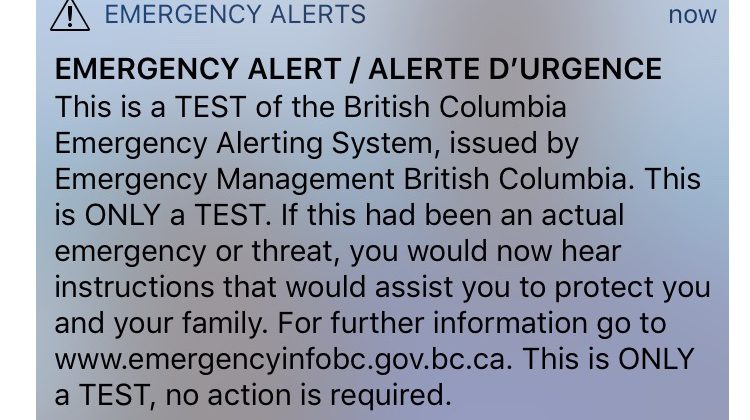 Canada’s new public alert system had a test run in British Columbia today. It was supposed to happen just before 2:00pm but went out a little late.

The test included a tone that sounded like an ambulance, an eight-second vibration, and a text alert saying that it was just a test. It went to phones with an LTE connection. Phones across the country are getting these tests this week.

The system is aimed at modernizing the way information about an emergency situation is delivered. The alerts are also supposed to run on radio and television.

Ontario and Quebec had issues earlier this week when the new system was tested there, with many people not getting the alert. Reports say some of those glitches popped up here in British Columbia as well.

In our station, of the 8 phones we carry with varying providers, 4 got the test and 4 did not.  All of the phones are LTE compatible.