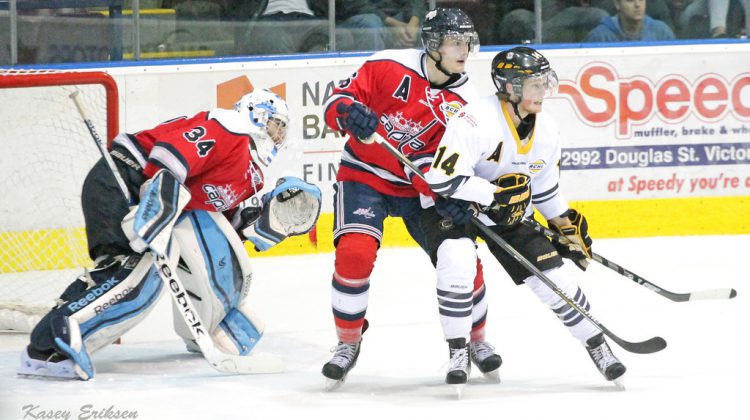 The Cowichan Capitals invite-only camp is now in the rearview mirror and there is a lot to do before the main camp opens on August 20.

The camp attracted 35 players, some coming from as far away as Arizona, California, and Ontario and Caps Head Coach and General Manager Mike Vandekamp says the weekend went as expected.

Vandekamp says there are some difficult decisions ahead.

June 1 was the first-day BCHL teams were allowed to make roster moves and the Capitals wasted no time.

The Capitals pulled the trigger on a six-player swap with division rival Nanaimo.

Heading to the Cowichan Valley are 19-year-old forwards Preston Brodziak and Lucas Vanroboys along with 20-year-old David Melaragni.