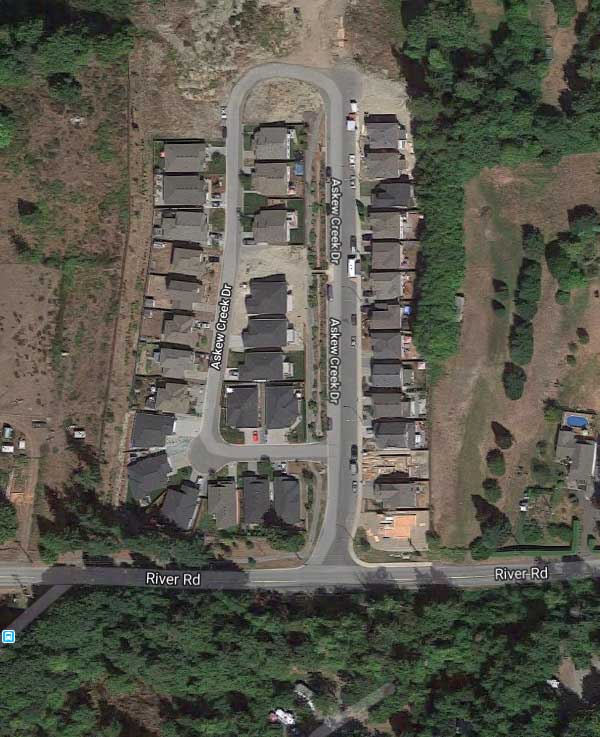 A decision by the Artisan Gardens strata board has resulted in social media blowing up with angry comments and outrage from parents.

The strata voted 15-4 in favour is instituting a ban on children playing on Askew Creek Drive, citing safety concerns as the major reason for the measure.

However, Wendy Lautsch lived on Askew Creek Drive for a year and a half and she says it’s a dangerous area and kids playing on the street aren’t safe.

She says a handful of houses are being built in the area and, often times, parking is atrocious and commercial vehicles can barely squeeze by parked cars to get to the empty lots.

She adds that if a child is hurt, the entire strata can be sued.