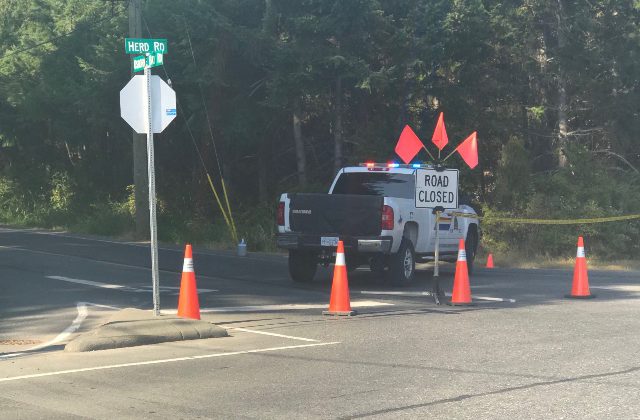 Tinder-dry conditions on Vancouver Island mean a wildfire can start in an instant.

Around 3 pm yesterday, a one-hectare fire was reported at Maple Mountain near Herd Road and Osborne Bay Road.

A number of local fire departments responded and the Coastal Fire Centre was also called in to assist.

Information Officer Natasha Broznitski says the Maple Mountain Fire has grown to eight hectares and is still considered ‘out of control.’

An evacuation alert is still in place for Osborne Bay Road east from Herd Road to Tatlo Road West.

The alert effects 93 homes in the area and Sybille Sanderson, the Emergency Program Coordinator with the CVRD says the alert is precautionary.

If an evacuation order is given, people will have 30 minutes to leave their homes.

Sanderson says residents in those homes under the alert have been told that if this alert becomes an order, they will have 30 minutes to get to the Island Savings Centre.

The Municipality of North Cowichan is reminding the public that all trailheads are closed until further notice on maple mountain.

People should also refrain from hiking or biking in the area.