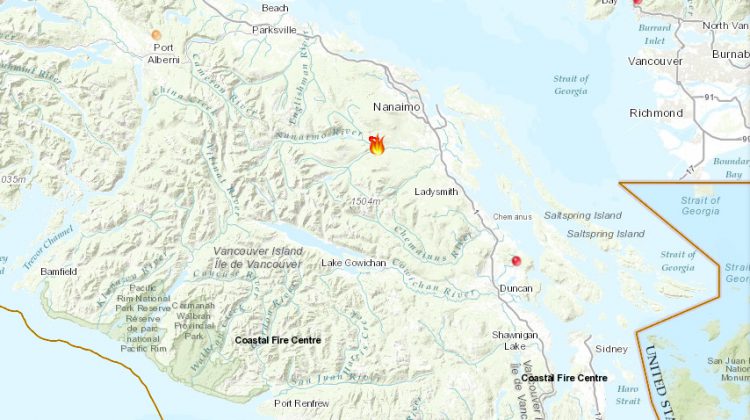 Map from the B.C. Wildfire Service
The Nanaimo Lakes Fire has grown to 179 hectares.
However, Natasha Broznitski with the Coastal Fire Centre says the growth of the fire was towards the north, away from Nanaimo and the east, where 77 households remain on evacuation alert.
Broznitski says the fire is considered 25 per cent contained…..
There are five wildfires burning on the Island, including a new one today West of Bowser.
There also a new on one on the mainland at Horseshoe Bay.