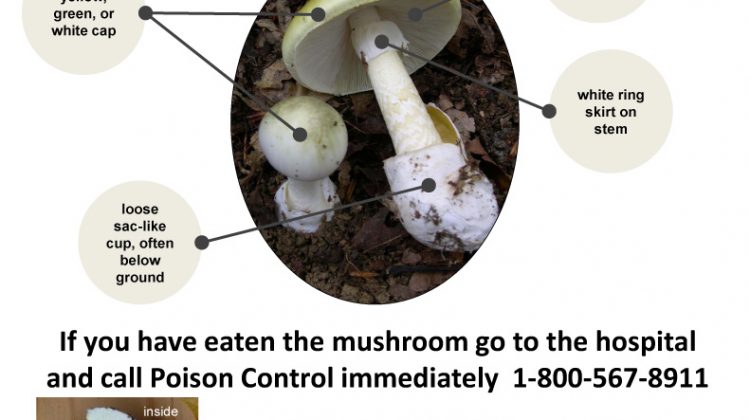 The death cap is the most poisonous mushroom in the world and eating just one can be enough to kill a person.

Shannon Berch is a research scientist with the Ministry of Environment and said the death cap is fruiting now in urban areas in Victoria and the lower mainland.

She said the death cap has only been reported in one location north of the Malahat and that was on Galiano.

She said there’s been no reports of the death cap on the Sunshine Coast.

“Now, we are speculating that, given the host and the climate, it could well be fruiting in other urban areas in the province. It could be in Duncan, it could be in Nanaimo, maybe it’s up as far as Courtenay, we don’t know. It hasn’t been reported from those places yet.”

Berch said the mushroom is not native to B.C.

She said it seems to grow in areas where there are English Oak or Hornbeam trees, but the death caps have been known to grow at the base of a Garry Oak as well.