Nanaimo candidates in a dead heat

The BC NDP and the BC Liberal candidates in Nanaimo are in a statistical tie if there was a by-election today.

That’s according to the polling firm Mainstreet Research.

Spokesperson Joseph Angolano said they asked people which party they support and then which candidate they were leaning toward.

The poll that shows Nanaimo constituents support the NDP and it’s leader by eight points over the Liberal Party. 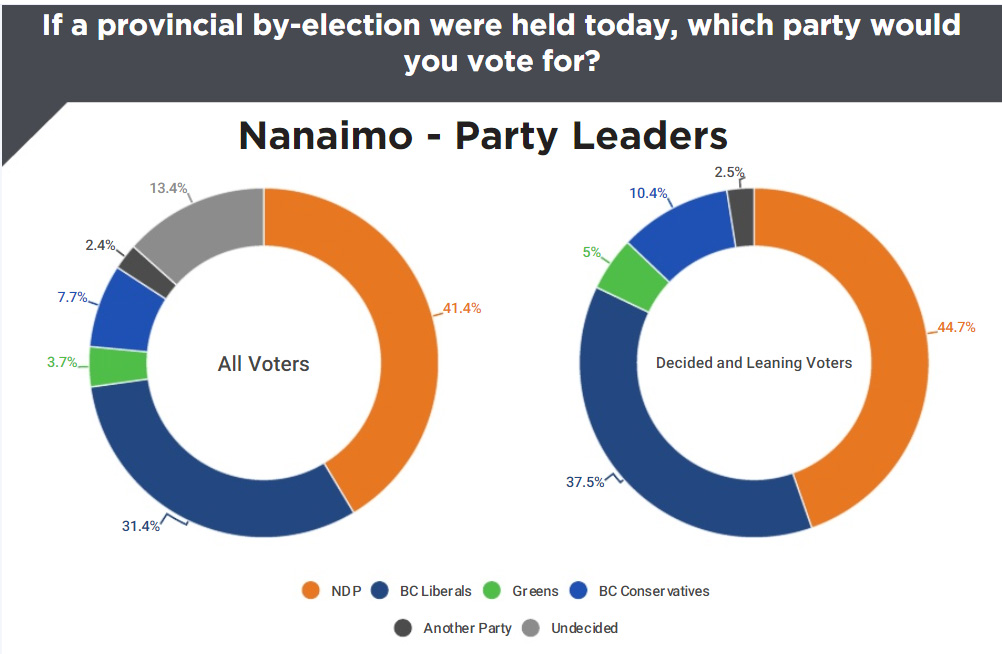 But when Nanaimo residents were asked which candidate they would vote for, Sheila Malcolmson of the NDP had 39 point 8 per cent of the vote while the Liberals Tony Harris had 38 point 2 per cent support. 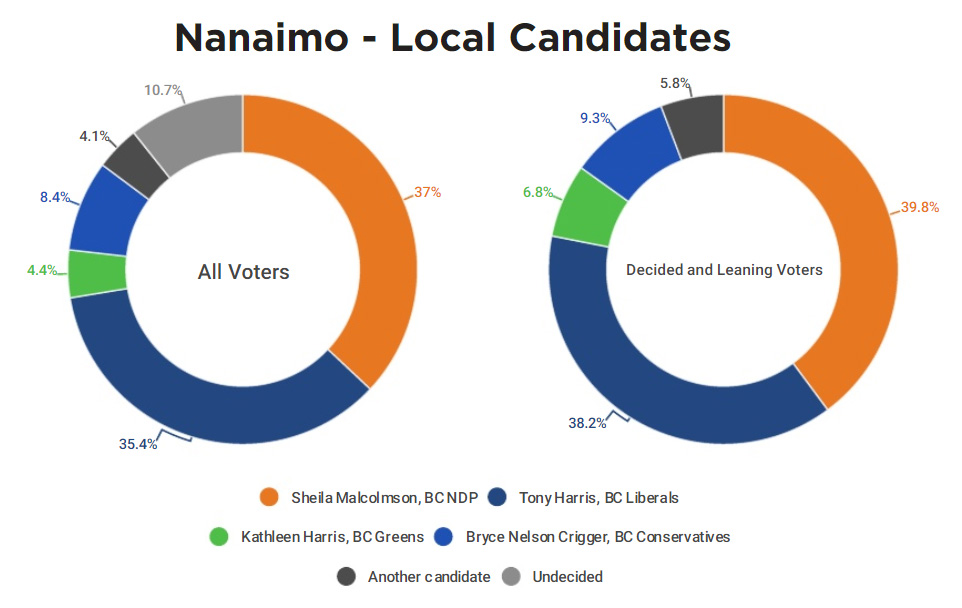 The upcoming by-election in Nanaimo is important for both parties as it could let the Liberals take the lead in the seat count in the BC legislature.

600 people in the Nanaimo constituency were polled.

The poll has a margin of error of plus or minus 4 per cent.

No date for the by-election has been set yet.

Also, in the polling, people in Burnaby South were asked which party they would support in a federal by-election where the NDP leader Jagmeet Singh is seeking a seat.

No question about local candidates was asked because Singh is the only nominated candidate at this point.