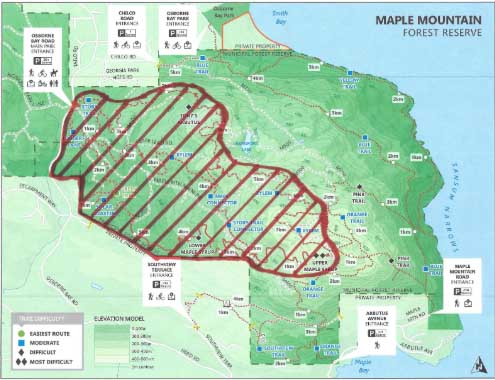 A number of trails on Maple Mountain are closed to the public due to dangerous conditions.

Fallen trees and those vulnerable to blowdowns are the main reasons why most of the trails have been closed.

North Cowichan’s Director of Parks and Recreation Don Stewart said the trail system is unsafe at the moment.

“We just have widespread blowdowns in the area, so trying to get somebody onto a trail safely and be able to get to them if an accident occurs just isn’t possible right now,” said Stewart.

Stewart said North Cowichan staff are teaming with the Cowichan Trail Stewards to clear the debris.

“We have crews working up there, in conjunction with the Cowichan Trail Stewards, to start the clearing process,” said Stewart. “I’m hoping that we can start reopening trails sometime late next week.”

Trails on the Southview Terrace and the eastern face of Maple Mountain remain open where they haven’t been impacted by a large number of blowdowns. 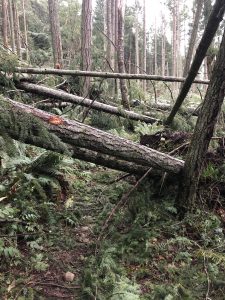 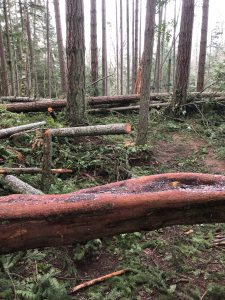 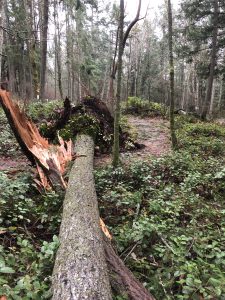