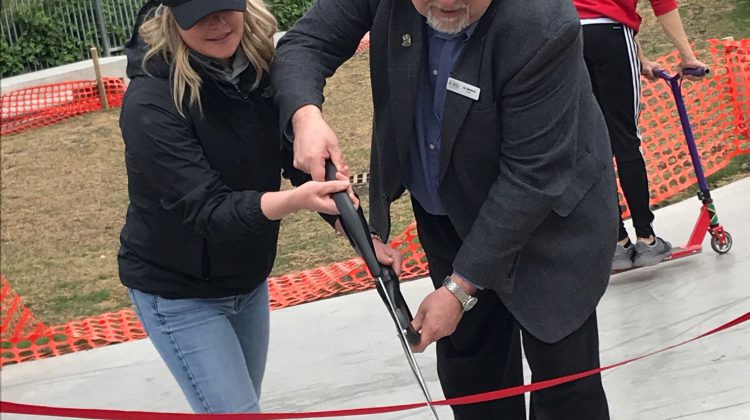 There was a ribbon-cutting at the site of the newly expanded X-Treme Skate Park adjacent to the Cowichan Aquatic Centre recently.

Many kids were on hand for the official opening of the park and North Cowichan’s Manager of Community Services Ernie Mansueti said these users were instrumental in the design of the six thousand square foot addition.

“The users helped design the park, so what they’ve seen and built and what they’re using is what they designed and by all reports, they are all enjoying the park,” said Mansueti.

Mansueti said this park will provide a unique advantage.

“The numbers had outgrown the old park and it was time to move on,” said Mansueti. “The really nice thing about it is that it’s at no cost for the participants and there are very few things youth can do today with no cost, it’s a real asset to the community.”