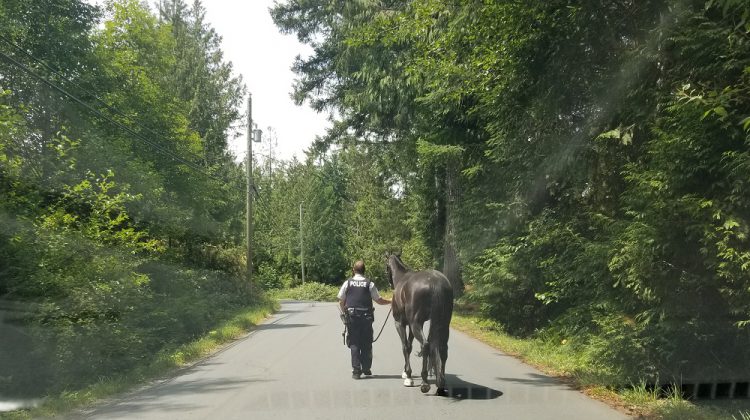 It’s an uncommon source of traffic disruption, but the Shawnigan Lake RCMP recently responded to calls of a traffic hazard near Owl Road.

Callers reported that a woman and a horse were walking in the travel portion of the road, the woman was struggling to control the horse and the animal appeared injured.

After arriving on the scene, it became apparent to the police that the woman was drunk and unable to provide this animal the care it needed.

A local vet examined the horse and advised that the animal only had minor injuries and was able to walk.

A Shawnigan Lake RCMP officer volunteered to walk the horse to a residence about one kilometre away, where it could be housed safely until the SPCA followed up.