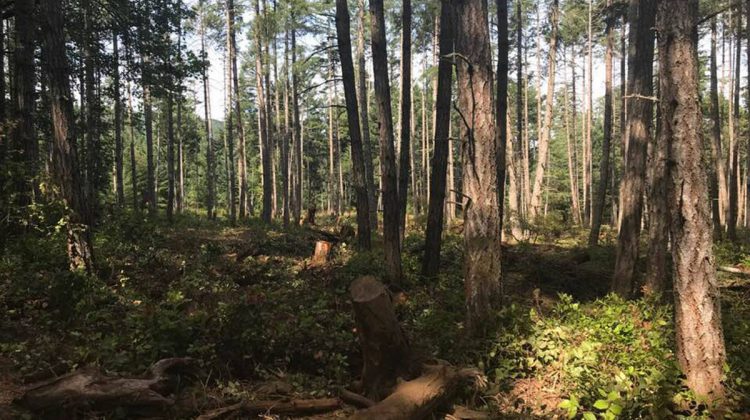 The debate over what is going on in North Cowichan’s municipal forest reserve rages on and advocacy groups are calling on staff and council for more consultation and transparency.

Icel Dobell with Where Do We Stand said more consultation needs to be done.

Instead of the municipality doing what it said it was going to do, namely, allowing for consultation, input, and transparency, Dobell said it isn’t following through on its promise to remove blowdown from the reserve without impacting live trees, adding that the municipality is engaging in patch clearcutting.

“Harvesting began on Maple Bay and more recently on Stoney Hill, it became apparent that this is patch clearcutting, this is not pulling a few trees from the side of the road, and there were areas where there were few and far between 12 or 13 trees,” said Dobell.

However, council has stated that blowdown would be removed from the forest reserve and existing contracts would be finished up and North Cowichan Mayor Al Siebring said just because there are stumps present doesn’t mean North Cowichan is clearcutting.

Siebring said, “I toured the area yesterday and that simply isn’t the case, if you actually look at what’s going on, there are some stumps there, but the reality is that the stumps are, in many cases, blowdown trees that when you cut the tree off, five feet from the base, a huge root ball that was uprooted in the wind pops back down into its original hole.”

Dobell said there are many different perspectives on what should be done in the forest reserve, adding that eco-foresters and many others need to be heard.

“From February 14th on, groups like Where Do We Stand and individuals were asking for eco-foresters to be allowed to give a different perspective and for there to be (at least before harvesting on Stoney Hill),  one meeting for discussion, for questions and answers, for debate, and for all perspectives to be put forward,” said Dobell.

Dobell has accused North Cowichan of patch clearcutting and Siebring said the municipality is removing blowdown from the December windstorm and finishing up existing contracts.

He added that consultation needs to be based on fact, not accusations.

Siebring said the log storage from the blowdown is filling up quickly and it was expected that the usable timber would be out of the forest reserve by last night.