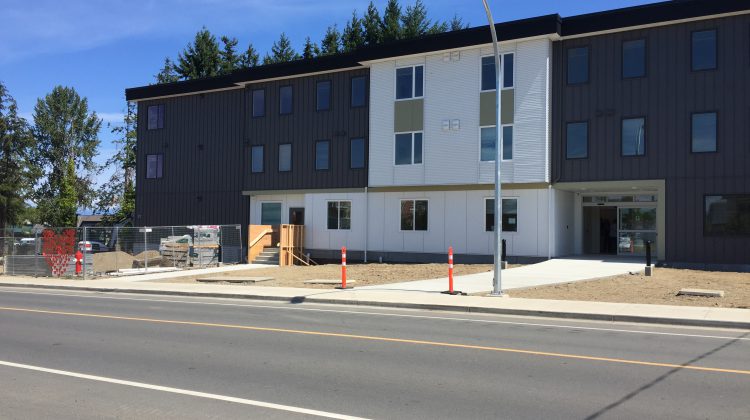 It’s something every community needs and the BC Liberals have announced $8.4 million dollars in funding for a 52-unit affordable housing complex.

Orca Place was officially opened earlier this week and this was an initiative when the BC Liberals were in power.

Parksville-Qualicum Liberal MLA Michelle Stilwell says the groundwork for many affordable housing projects was laid before the NDP took power.

“We did many units of social housing, units that were converted into housing all over British Columbia for those people who were homeless or addicted and in need of support,” said Stilwell. “We also provided rent subsidies for tens of thousands of people around the province, so that they could integrate back into their community without that stigma of living in social housing.”

Stilwell said affordable housing is a critical service in every BC community.

“It’s critical in every community that, as a community, we ensure that we take care of those people who need a little extra hand, whether they’re struggling with mental health or addiction or something has led them on their life path to homelessness,” said Stilwell. “We as a community need to ensure that there are resources to help them out of that cycle, support them, and lift them up.”

The complex at 222 Corfield Road will be move-in ready by August 19.

Stilwell thanks all those who supported this project including the Town of Qualicum Beach, the Regional District of Nanaimo, the City of Parksville, local organizations like Island Crisis Care and the Homelessness Taskforce.