Hail in the Cowichan Valley 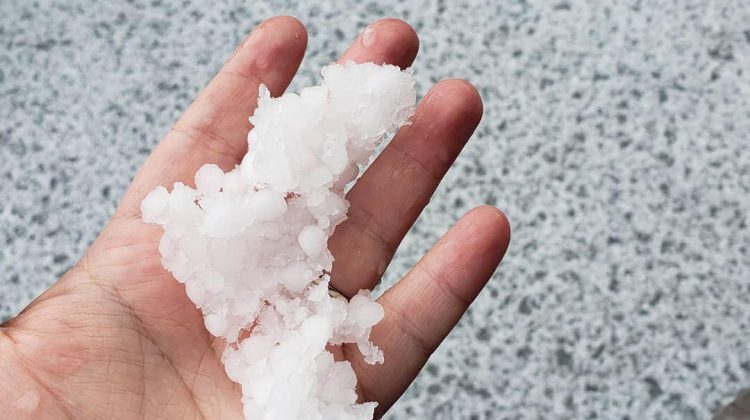 Hail rained down all over the Cowichan Valley this afternoon.

According to Environment Canada, it’s not that unusual to get the odd hail storm as we move from the dry to the wet season.

Meteorologist Bobby Sekhon said a storm system has been sitting over the region.

“There has been some hail and it’s certainly possible with this cold atmosphere that’s over BC right now,” said Sekhon. “This upper low system that we’re tracking is currently over the south coast area.”

Sekhon said hail this time of year isn’t that uncommon.

“We are in this transition season, we’re going from summer weather to our fall and winter season and when we transition, there can be these systems that come through with cooler atmosphere’s that will give this instability,” said Sekhon.

“If it’s cold enough we can get some hail and even some graupel (soft hail).” said Sekhon.

During the announcement that the old Crofton Elementary School would be demolished, a hail storm hit and everyone at that announcement had to take cover under a tent.