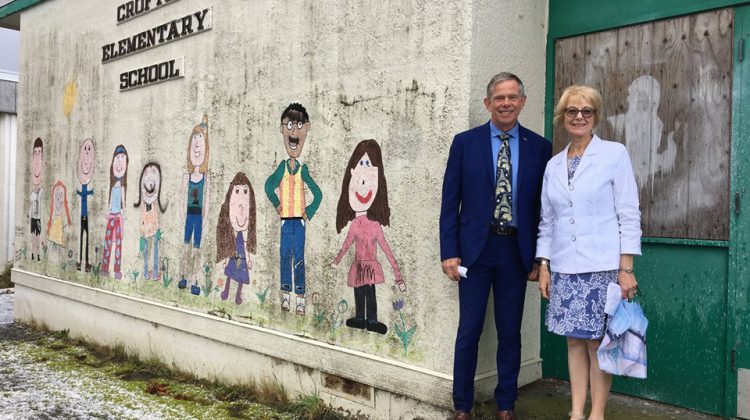 Crofton residents are doing a collective fist pump, as the old Crofton Elementary School will be demolished.

The province is providing $650,000 dollars to School District 79 to demolish the building that has been sitting vacant since 2009.

The money comes from the Ministry of Education’s Rural District Program, which is specifically designed to support school districts in the disposal of closed and unusable facilities that are liabilities for school districts.

Nanaimo-North Cowichan MLA Doug Routley said the future is bright, as the School District and the community decide what the site will be used for.

“I think it’s very important for the community because it’s become a danger point with the fires that have been set there, it’s a locus of activity that community isn’t comfortable with, so we’re glad to see it go down,” said Routley. “It begins an optimistic phase where the community and the school board can consider its future.”

The school has been sitting vacant since 2009 and Routley said this decision is an important one.

“It’s the responsibility of the board of education to determine what happens with the site, but they do that in conjunction with the public and they’re on record saying that they’re going to consult closely with the community,” said Routley.

Routley thanked those community members who have been active in tackling this issue from the outset.