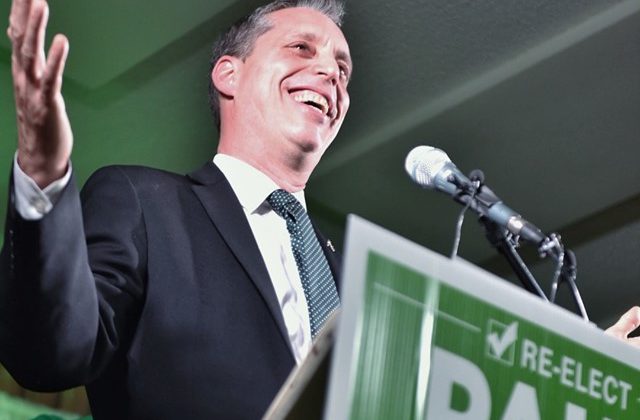 Paul Manly has been re-elected the Nanaimo-Ladysmith member of Parliament.

Manly won May’s byelection and now he has a full term to address some of the major issues affecting his constituents.

He said a lot of work needs to be done.

“We have the highest homelessness per capita in Canada, we have a hospital that could really use some federal infrastructure funding for a major expansion for the regional district hospital, we have students here that are mired in debt, trying to get an education, and we have a climate crisis to deal with,” said Manly.

He said winning the byelection in May and heading to Ottawa, was like hitting federal politics in the “silly season.”

The sittings ran until midnight every night, the government was trying to push a bunch of legislation through and the opposition was trying to block it.

The Nanaimo-Ladysmith riding is historically an NDP-dominated riding, and Manly, a Green Party member took over for NDP MP Sheila Malcolmson after she decided to take a run at provincial politics.

Manly said during his campaign, he took a page out of Green Party leader Elizabeth May’s playbook.

“That’s something Elizabeth May has done for years, to be accessible and accountable to constituents, so I had ten of those meetings,” Manly said.

It was an historic election night for the Federal Green Party, as Jenica Atwin claimed the third Green seat, winning a seat in Fredericton, New Brunswick.