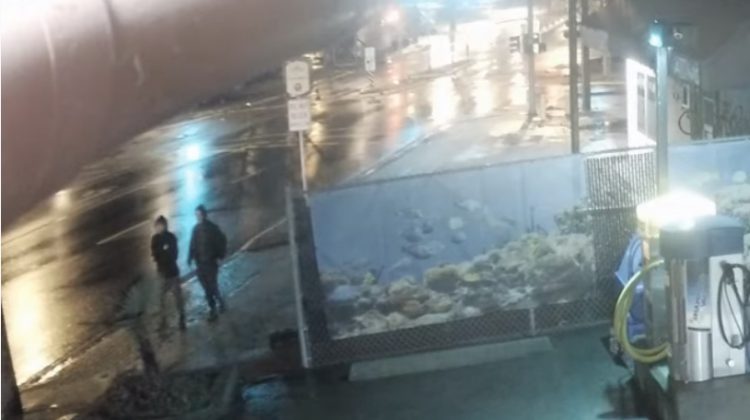 BC RCMP has released surveillance footage in connection to a double homicide in Duncan on Christmas Eve. Supplied by BC RCMP.
RCMP has released a video showing two persons of interest in connection to a double homicide in Duncan Christmas Eve.
The Vancouver Island Integrated Major Crime Unit (VIIMCU) said major crime investigators are asking for public assistance in identifying two people in a surveillance video, walking together down a sidewalk.
At just before 11 pm on Christmas Eve, North Cowichan/Duncan RCMP were called to a reported assault near Canada Avenue and Trunk Road.
Officers found a man and a woman injured, they were taken to hospital, and the man was pronounced dead at the hospital. The woman died in hospital on December 28.
Friends have identified the victims as Fran Shurie and Nellie Williams, a couple who had four children.
Police believe this was a targeted attack.
Anyone with information about this incident is asked to come forward or call the Vancouver Island Major Crime Unit at 250-380-6211.
Person of Interest #1: 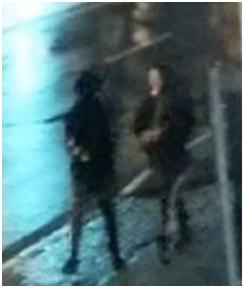 First person-of-interest in a double homicide. Supplied by BC RCMP. 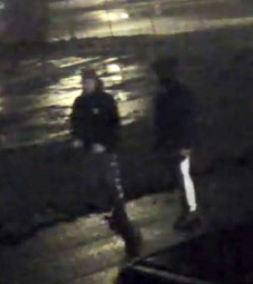 Second person-of-interest in a double homicide. Supplied by BC RCMP.

This person of interest is also described as a man, wearing a black or dark coloured hoodie, a pair of dark pants with a thick white, vertical stripe on the leg and a pair of dark shoes.