MacGregor Planning for a Busy Sitting in the House of Commons 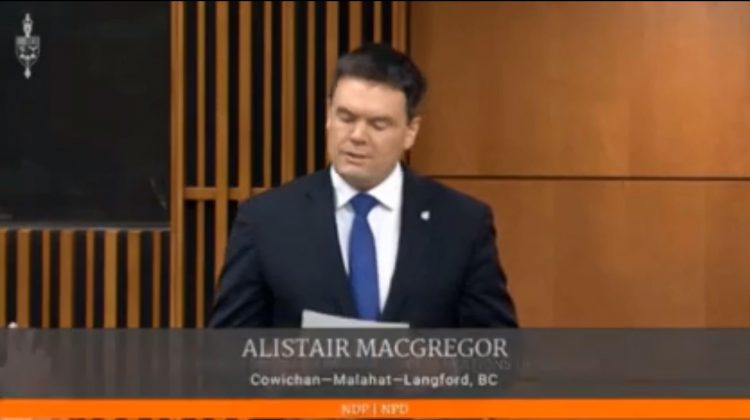 Between January and June of last year, nearly 14,000 Canadians died as a result of opioids, 94 percent of those deaths were accidental.

With federal politicians returning to the House of Commons on January 27, Cowichan-Malahat-Langford MP Alistair MacGregor said he’s hoping to continue a dialogue with Health Minister Patty Hajdu about decriminalizing addiction.

MacGregor said addicts aren’t going to successfully get off of opioids the way the system is set up right now.

“For people who are addicted to opioids, they are not going to get the help they require to get off of their addictions through our criminal justice system,” said MacGregor.

Although it may seem counterintuitive, MacGregor said decriminalizing addiction is key.

“We need to stop the criminalization of addiction, we need to not treat people’s addiction as a criminal justice issue, but more of a health and social issue and make sure they’re actually getting the help they need,” said MacGregor.

“By no means am I suggesting that we stop sending police resources after drug traffickers and drug dealers, those people do need to be dealt with through the criminal justice system,” said MacGregor.