Future of Chemainus Campground, the Subject of Public Hearing 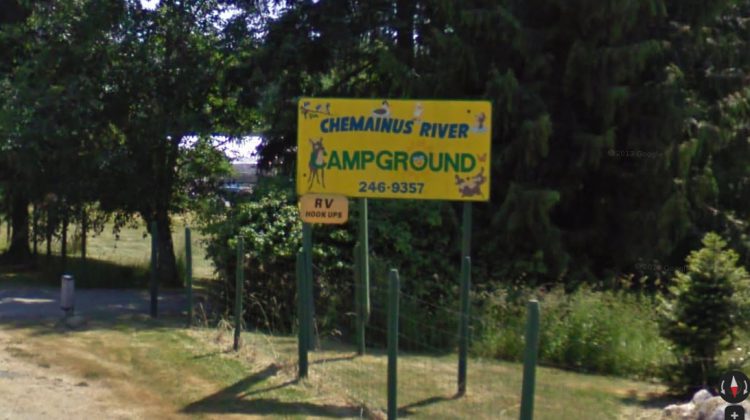 The future of the Chemainus Campground is up in the air, as the Agricultural Land Commission has indicated that the campground use isn’t permitted at the existing location.

The Agricultural Land Commission (ALC) is threatening to shut down the business because the governmental body said that the owners aren’t supposed to have a campground at the existing location.

The Municipality of North Cowichan has applied to the ALC to have this property excluded from the Agricultural Land Reserve and a public hearing is set for April 15.

North Cowichan Mayor Al Siebring has gone to bat for business owners John and Jeri Wyatt and the municipality’s Director of Planning and Building Rob Conway said council’s decision on this application is only part of the process.

“The next step after the public hearing would be for North Cowichan council to make a decision as to what they want to do with that application; they can choose to forward it on to the Agricultural Land Commission or choose not to do that and the application would essentially die at that stage,” said Conway.

If North Cowichan sends this exclusion application to the ALC, the final decision would be made by the ALC.

Conway said enforcement at the site has been delayed.

“The enforcement arm of the Agricultural Land Commission has notified the owners that the campground use is not permitted at that location and they have delayed enforcement, pending the outcome of this process that’s underway now,” said Conway.

Owner John Wyatt said a North Cowichan Building Inspector didn’t properly consult with the ALC years ago and when the time came to expand the campground by ten sites, the ALC said the campground wasn’t permitted to be at the site in the first place.

Siebring has said that this situation makes no sense, adding that one arm of the government wants to shut down the campground and evict a dozen permanent residents while another arm, the housing ministry, can find those who are evicted a place to live.