Trudeau speaks only to Nova Scotia shooting during daily address 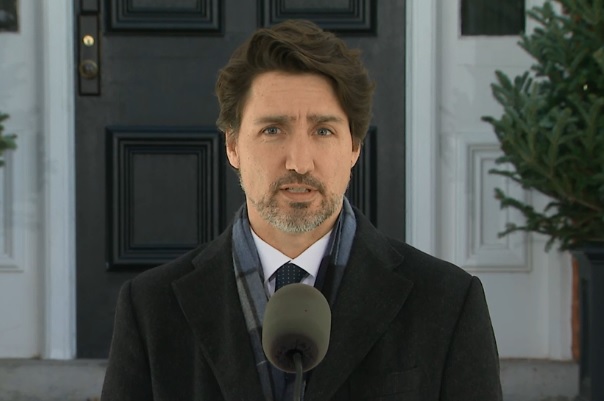 It was a somber Prime Minister Justin Trudeau in his daily address this morning.  The PM offered condolences to the victims’ families and friends of the mass shooting in Nova Scotia.  He also thanked the RCMP and all first responders for their bravery and their service, “You ran toward danger without pause and hesitation. On behalf of all Canadians, thank you for your service.”

He addressed the media asking that the name of the shooter and his picture not be used in broadcasts and publications. He said, “do not give him the gift of infamy” and instead focus on supporting the families of the victims.

He said there will be a virtual vigil for the victims on Friday at 7:00 pm.

He ended by speaking to kids saying that while the world seems like a scary place right now, “we will get through this.”

Eighteen people died, including the shooter in a rampage that began Saturday night and continued into Sunday.  RCMP warn the death toll may climb as they continue to investigate.

Today a small number of MPs are back on Parliament Hill to debate how the government will continue to hold legislative sessions moving forward through the pandemic.  They are debating holding in-person sessions or virtual sittings.