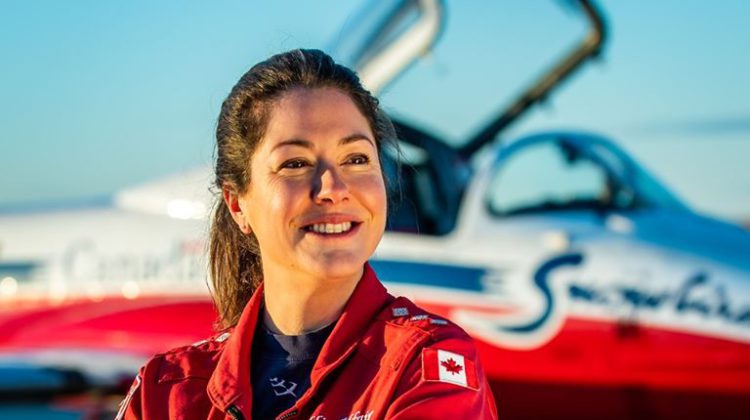 The Royal Canadian Air Force says a public affairs officer with the Snowbirds aerobatic team died Sunday when one of the team’s jets crashed in Kamloops.

Captain Jenn Casey was one of two members of the Snowbirds team on the CT 114 Tutor jet that went down just after taking-off from Kamloops.

The pilot, Captain Richard MacDougall was injured and is recovering at hospital.

Her biography on Snowbirds webpage says Casey is from Halifax, Nova Scotia, and joined the armed forces in August of 2014.

Prior to enlisting, she worked as a radio reporter, anchor, and producer in Halifax, and Belleville, Ontario.

Casey is a graduate of Dalhousie University, and studied journalism at the University of King’s College, and also earned a Masters Degree in Interdisciplinary Studies at Royal Roads University near Victoria.

The jet crashed late in the morning near the Kamloops Airport. It appeared to have stalled shortly after takeoff and crashed into a residence.

This is the ninth loss of life for the aerobatics team since 1972.

The Snowbirds were in the B.C. interior as part of their cross Canada tour to lift public spirits during the COVID-19 pandemic.