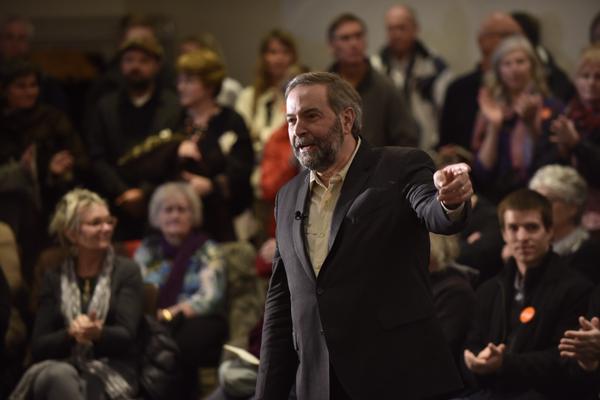 He toured a winery, after a town hall event in Nanaimo the night before that drew a big crowd (photo courtesy NDP).

Mulcair says the NDP’s main priority is removing Stephen Harper from power, and restoring confidence in the federal government.

Along with bringing in proportional representation and doing away with omnibus bills, Mulcair says and NDP government would take action on climate change.

Mulcair says he’s confident the party can keep both parts of the old Nanaimo – Cowichan riding in the coming election, with strong candidates in Nanaimo – Ladysmith and Cowichan – Malahat – Langford