UPDATE: One Dead and One in Critical Condition Following Motorcycle Crash 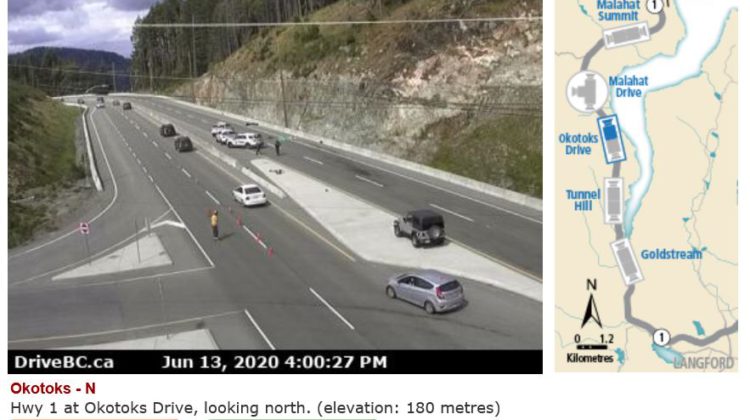 More information has been released about the fatal motorcycle crash on the Malahat Saturday.

The driver, a 53-year-old man is dead and the passenger, a 58-year-old woman, is in critical condition after the crash between Okotoks Drive and Aspen Road.

The West Shore Municipal Traffic Unit received reports of the accident at approximately 2:50 pm and said the motorcycle was travelling northbound and hit the median.

The northbound lanes were closed for a number of hours, before reopening to all traffic just before 7 pm.

The cause of the accident is under investigation and while their identities haven’t been released, the two riders were Vancouver Island residents.