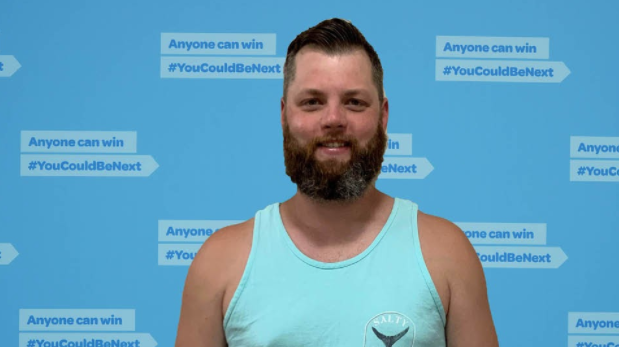 – with files from Patti Mertz

Kyle Germiquet from Chemainus matched 4 out of 4 numbers to win on the Lotto Max Extra July 28, 2020 draw.

The Vancouver Islander was on the road for work when he purchased his ticket at the Salmon Arm Petro Canada while filling up for gas, saying he “always” says ‘Yes’ to the Extra. The first person he told after checking his ticket a few days later was his wife.

“She started to cry when she saw I won,” he recalled. “She was so overwhelmed.”

Germiquet claimed his prize using BCLC’s alternate prize-claim process. He says he plans on buying a larger home for his wife and children with a bit more room to roam, inside and out.

“I still don’t really believe it — it hasn’t really sunk in,” he said.

A woman from Nanaimo also won half a million dollars on Lotto Max earlier in July.