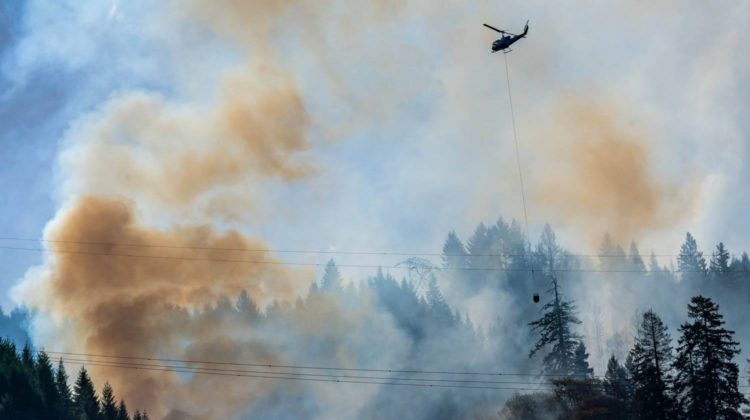 Wildfires continue to burn from California north to Washington State, and the smoke is still drifting northward, reaching Vancouver Island, the Lower Mainland, and other areas of British Columbia.

In Duncan this afternoon (Sunday), the Air Quality Health Index was at 10+ as of 3 pm. In Nanaimo, the reading was 10+, as was the case in Victoria.

The index was forecast to drop slightly by Sunday evening and conditions were expected to improve considerably by Monday morning.

Environment Canada states: “Smoke forecast models indicate the potential for a significant push of smoke into BC throughout the weekend.”

As the deadly wildfires continue to burn, many areas of the US West Coast are blanketed with smoke, complicating efforts to fight the blazes and find dozens of missing people.

The unhealthy concentrations of smoke in the air are compounding the misery of the thousands of displaced people.

At least 28 people in have died because of the fires in Washington State, Oregon and California since mid-August, many of them in the past few days.