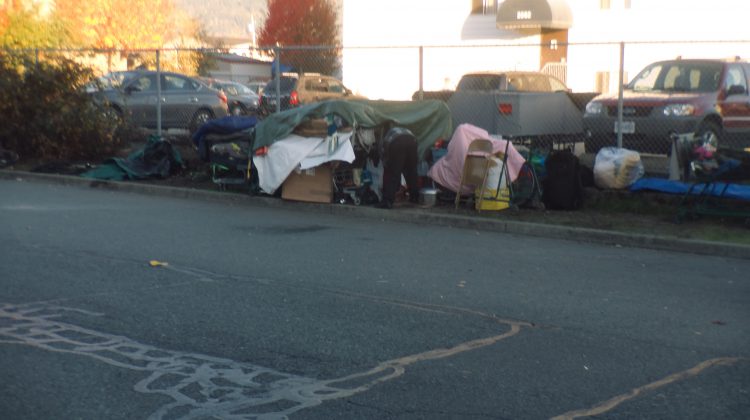 Homelessness is up 29 percent in Nanaimo since 2018.

That’s according to recently released data from the 2020 Nanaimo Point-in-Time Homeless count.

The data shows there are 98 more homeless people than there were in 2018.

In a news release, Jason Harrison, Nanaimo Homeless Coalition co-chair said, “Despite investments in social and supportive housing over the last five years and increased funding for service providers, the homeless crisis is increasing in our city, as it is in communities across the island and BC. Hopefully, with recommendations and actions resulting from the City of Nanaimo’s Health and Housing Task Force, this fall we can start addressing the root causes of homelessness and together push for major investments at every level of government and processes and relationships will be set to make real systemic changes.”

The top three reasons why people lose housing is not enough income (34 percent), conflicts with landlords (28 percent), or a conflict with a spouse or partner (18 percent).

Ninety-one percent of respondents said they want to get into permanent housing.

“The PiT Count tells us that the solutions our community embraces have to address health issues as well, which means funding for supports to help people not just make the transition to housing, but also to succeed there. It’s about a lot more than just building affordable housing, although that’s crucial too,” said Signy Madden, Executive Director, United Way Central & Northern Vancouver Island.

The homeless count was done in March, shortly before the COVID-19 pandemic was declared by the World Health Organization.

The data also found the following: