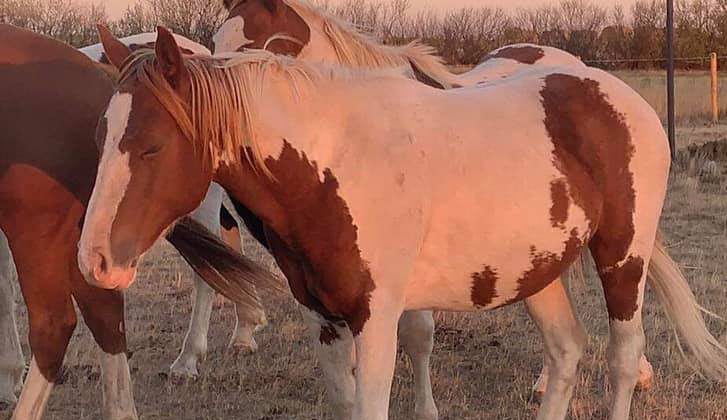 Photograph courtesy of Humanity for Horses

A donation from singer Jann Arden is helping to bring greater awareness to the efforts of an organization in Duncan to prevent horses from being sent to auctions where they may be purchased by slaughter houses.

Rebecca Sanesh of Humanity for Horses says Arden’s involvement was the result of a chance meeting between one of their buyers and the singer at a Calgary protest against sending draft horses to Japan.

Arden is calling for an end to the export of live horses to Japanese slaughter houses, and she immediately offered a donation to Humanity for Horse.

Sanesh says that donation allowed them to purchase seven horses that were to be sold at an auction in Alberta, and a matching donation by a person in Qualicum helped them purchase an additional 12 horses from another auction.

She says the social media attention and news stories that resulted from Arden’s donation are helping raise awareness of the export of live horses to Japan for meat, as well as the auction of horse for meat in Canada.

“A lot of Canadians still don’t know about the live export of draft horses to Japan.”

Sanesh says they are now caring for 25 rescues in Duncan and 10 in Salmon Arm. Her group is looking for homes for the 19 horses they were able to purchase with the help of Arden.

Humanity for Horses is willing to waive the adoption fee for people interested in obtaining one of the horses.

Sanesh says people who wish to buy a horse outright can reimburse the group for their cost to buy that horse, which will go toward purchasing more horses at auctions.

Humanity of Horses is also in need of donations for feed, as well as to purchase more horse at auctions.

Sanesh says anyone who donates will be given the first option of adopting a horse from them.

She hopes people will sign a petition to end the export of live horses.

“Share the post, get the word out, sign the petition, let’s end this cruelty, it’s not a kind way of slaughter. Let’s end the live transport of purpose bred draft horses to Japan.”

For more information you can visit the Humanity for Horses Foundation Facebook Page.