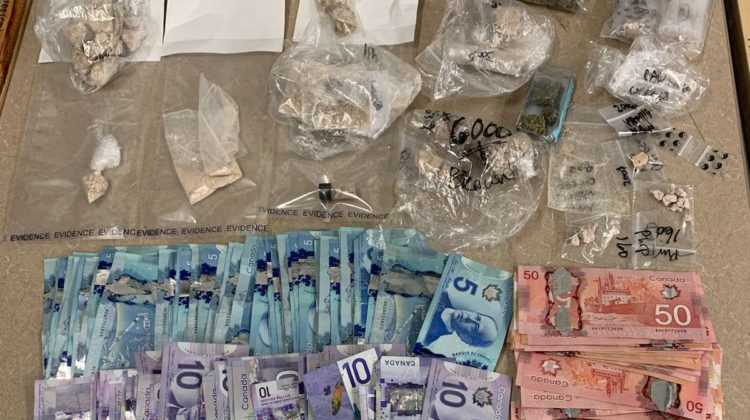 There is a little less deadly fentanyl out on the streets of Nanaimo, as well as methamphetamine and cocaine.

Drugs and cash were seized after a man was arrested following a police chase involving a bicycle.

At around 2 am on October 31st, the RCMP spotted a cyclist with no helmet and no light nearly collide with a vehicle.

He refused to stop and tried to evade police on his bike by weaving in and out of streets and alleys.

After hitting a few curbs, he eventually fell off the bike and began running, police caught him and as they searched him found 6-ounces of fentanyl, 7-ounces of methamphetamine, and 8-ounces of cocaine.

Constable Gary O’Brien of the Nanaimo RCMP says fentanyl can be so deadly that removing even a few ounces from the street may have saved “upwards of 17-hundred lives.”